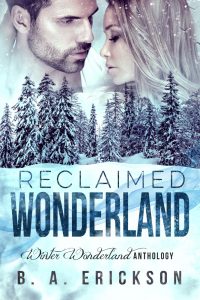 Where is Your Wonderland?

Penny Andrews is a restless monarch. Years have passed since she and Jonathan Zadock embarked on the sensuous marriage ceremony called The Almach. But time hasn’t been friendly to their passion. After far too much time alone, Penny decides to travel home to Minnesota. But living in the “powder keg of the world” makes travel not only risky, it’s downright dangerous.

Jonathan Zadock has his hands full managing the volatile Henri Zone land dispute. His failure to manage this situation would result in worldwide catastrophic consequences. After a horrific altercation, Jonathan fears he’ll not only lose his empire but he discovers his entire family disappeared.

Forced to accept assistance from a covert terrorist organization, Jonathan and Penny’s reunion hinges on the newbie skills of a middle aged operative with a Pepto Bismol infused tunic, loose weave terrorist operatives, and a man so dashing women swoon in his wake.

Will Jonathan and Penny bridge their past and reclaim the passion they once shared? How will they Reclaim their Wonderland?

Surf to your favorite bookstore here.

B.A. Erickson is an author, freelance writer, publisher, and (hopefully) cancer survivor. She launched the Reclaimed Series after she found herself forced to reclaim far too many lost territories while dealing with the absurdities of a serious health diagnosis. You can keep up with her latest antics at BAEricksonBooks.com