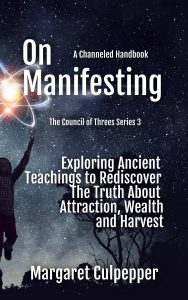 Manifesting, also known as the law of attraction, sowing and reaping, and prosperity gospel, just to name a few. Sadly, the topic creates great confusion. In fact, shortly after a hot, new manifestation book is released, hoards of questioning and disillusioned people rise, all wondering, “where’s my stuff?”

Here’s our proposition: what if the initial presentation was incorrect?

However, rather than revisit their topic, many gurus either ignore the so-called failures and say that those who didn’t achieve success likely made at least one of these mistakes:

Maybe there’s a sliver of doubt that is hindering their wildest dreams.

Maybe those affirmations had a single incorrect word that canceled their desire.

Maybe they didn’t yell “cancel” whenever a contrary thought entered their mind.

The list can go on. For every dream dashed, a guru has an explanation for their current situation. And those explanations can boil down to a simple concept: it’s all their fault.

Here’s our take: if you search through ancient texts, open your eyes to the world around you, listen to the expert manifesters in your community (you may be surprised at who they are), you’ll discover that manifestation doesn’t exactly resemble the manifestation presented in many modern texts.

And speaking of, what does it take to become a successful manifester?

That’s precisely what we’re going to reveal in this short, simple text.

This discussion is dedicated to every person who has been exposed to information like that presented in the law of attraction literature and have felt like a failure because it didn’t seem to “work” for them.

Grab your copy from your favorite bookseller here.